Ambassador Dr. Kaire Mbuende has enjoyed great success in his academic, political, business and diplomatic careers, culminating as Namibian Ambassador and Permanent Representative of Namibia to the United Nations in New York (2006-2010).

During his tenure at the UN, Ambassador Mbuende chaired important working groups on the reform of the UN such as the Mandates Review and the System-Wide Coherence. He also represented Africa on the Bureau of the Commission on Sustainable Development as Vice-Chairman of CSD-17. He served as Rapporteur for Doha Conference on Financing for Development.

Ambassador Mbuende served the Southern African region as Executive Secretary (1994-1999) of the Southern African Development Community (SADC) during a crucial period in the history of the organization that involved among others the incorporation of South Africa into the organization and the development of new instruments for cooperation and integration. During his tenure of office Ambassador Mbuende developed thriving partnerships with popular constituencies such as academia, NGOs and the private sector to promote the process of integration. He also served as co-chairman of the Southern African Summit of the World Economic Forum.

Kaire obtained his PhD in Economic Sociology at the University of Lund in Sweden in 1986 and was the first Distinguished African Fellow at the South African Institute of International Affairs (SAIIA) (2011). 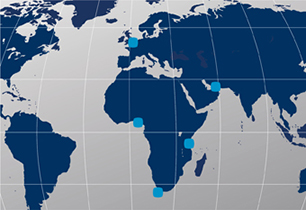